Blackchrome is proud to be supplying the 2018 GRAMS “Tackling Indigenous Smoking” Round for the GNFL.

The Great Northern Football League is an Australian rules football league centred on the city of Geraldton in Western Australia, which was formed in 1961 as a merger of the Geraldton Football Association and the Northampton-Upper Chapman Football Association. The Greater Northern Football League (GNFL) has been celebrating their Indigenous Round since the concept was pitched to the league in 2011. Named the “GNFL Yamatji Indigenous Round”, the round celebrates and honours both past and present Aboriginal people from the world of football in the local GNFL community.

Each club nominates an Aboriginal person who has either been a player, volunteer, life member or even spectator who have contributed to the club over the years. A brief biography of this person is  read out prior to each game and they are also given the honour of tossing the coin prior to commencing the game. Each club is also asked to appoint an Aboriginal player as the captain for their side for the day across all three grades of the GNFL. 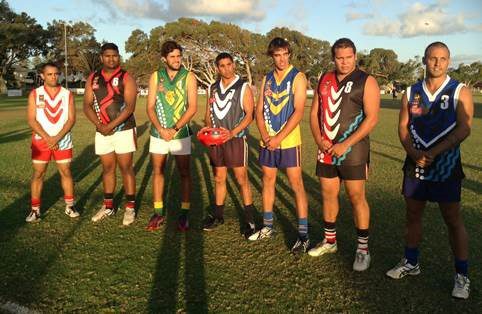 In 2013 the league unveiled their first set of guernseys designed specifically for the Yamatji Indigenous Round. Mr Craig Pickett designed the league’s first seven guernseys which were warn by all league teams who played during the round.

Each team’s Indigenous guernsey was designed to stick within the team’s colours while incorporating the elements of Indigenous artwork. The league has since included specially designed umpire shirts for the round as well.

After seven successful years of hosting the Indigenous Round, the League is determined to make 2018 the biggest year yet starting with brand new guernseys. This year’s guernsey artwork has been designed by Indigenous artist Krocette and is titled “Colours of My Country”. The original artwork was created with the colours of the desert lands, Mid North East of the Gascoyne Murchison of WA (Yamaji/Wadjarri country). Each of the guernseys uses elements from the original artwork incorporated into their team colours. Geraldton Region Aboriginal Medical Service (GRAMS), who is one of the major sponsors for this years Indigenous Round purchased the rights to use the artwork on all their Tackling Indigenous Smoking promotions including the round’s guernseys.

The 2018 GRAMS “Tackling Indigenous Smoking” Round guernseys have been manufactured by Blackchrome on the popular Knights Neck guernsey which features some of the industries highest quality manufacturing techniques and technical features to give them the ultimate performance and strength. 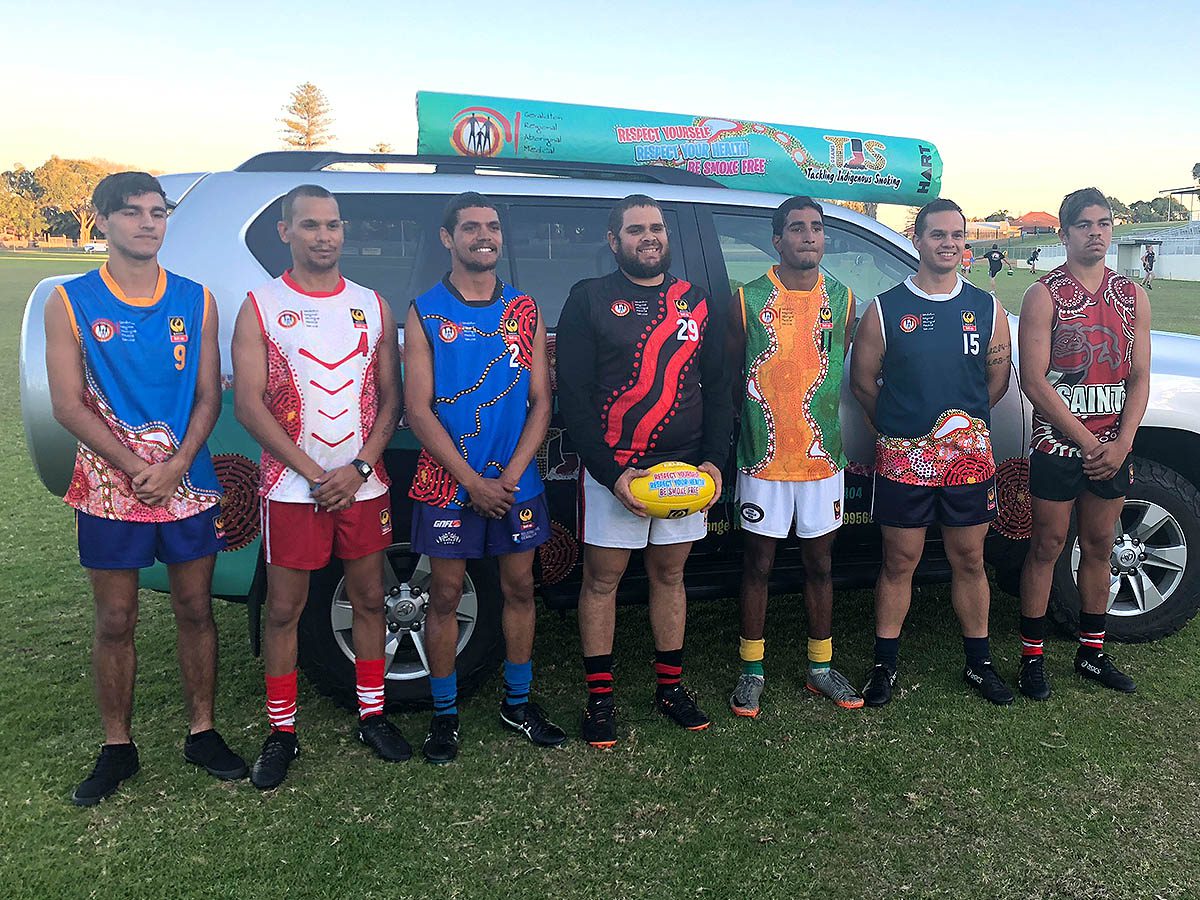 The gurneys were delivered to the league ahead of the round for press photos, as the league have gained quite a bit of media attention in support of the round over the past few years including local, regional, state and national media attention. We can’t wait to see the guernseys in action during Round 14 which runs across Saturday 14th and Sunday 15th July 2018.

If your team is thinking about getting Indigenous guernseys or commemorative uniforms for a special round, speak with Blackchrome to see how we can help.

SPEAK TO US TODAY
aflGNFLindigenous

This site uses Akismet to reduce spam. Learn how your comment data is processed.